Given the pandemic, the stay at home orders and the shift to online learning, it has been a surreal few months. One day in March, we were sent home with the University closing due to the virus. Few of us thought it would be four months until we were able to return to campus. March now seems both very far in the past and just yesterday. It seems the pandemic has both compressed and dilated time. Working remotely from home while the kids learned remotely from home, social distancing, only going to the store for essentials while wearing a mask, the only social contact through the phone or computer screens has affected the way I perceive time. The timeline of the pandemic has also contributed to the distorted understanding of time. Initially we were told the lockdown would last for a month at most and by Easter we would be able to go back to our lives. With Easter long gone, the school year ended online with some students and teachers having checked out well before. Summer has brought more restrictions and more advisories. Vacations and travel plans were postponed and then canceled. The media has contributed to fear and uncertainty. Rather than any positive news, both print and screen media have focused on negative stories: the increases in cases, the deaths, the fights between people who wear masks and those who do not, the warning stories about parties out of control, the arguments between politicians about extensions of benefits for those who unfortunately lost their jobs. All the negativity has led to a renewed focus on the smallest subset of the family unit (husband/wife, kids) and a focus on work. Work that allowed for thinking of other things besides what’s going on but which absorbed much more time than before.

As schools prepare to start yet another school year, they quibble over modalities. One thing is clear, that even the fall semester won’t resemble anything close to the old normal. The question becomes, or it has long been, when are we going to go back to normal? Not having an end in sight affects the concept of time as much as everything else. Given all this, what are the long time effects on our understanding of time? Has it changed for everyone or just me? Will we be able to go back to “normal”?

Online courses depend on the creation of three types of presence: cognitive, social, and teaching. While we tend to create all three in the classroom without giving it much thought, it’s a lot more difficult to create and maintain them in an online course however, student persistence is tied to them. Also, one of the biggest worries for faculty transitioning from face-2-face courses to online courses is how to replicate the classroom discussions. The answer is online discussions. While they do not take the same format as face-2-face discussions, online, asynchronous discussions can establish all three types of presence and provide students with a level of engagement that is similar to the one in the classroom.

However, transitioning discussions from on the ground to online is not as simple as moving them in text format. Online discussions need a lot of forethought and preparation. The first thing needed is to decide what the purpose of the discussion is and how it relates to the goals and objectives of the course. To engage students and give them a voice, a good online discussion relates to the goals and objectives of the course and makes a meaningful connection to the “real world.” Questions also have to be open ended to allow students to express their thoughts and structure needs to be provided. Therefore, here are some suggestions when creating online discussions that allow students to use their voice:

When done right, online discussions have a lot potential. They allow students who may be too shy or need more processing time to be able to answer questions they may not be able to in a live class. They can help establish all three types of presence, and engage students in the course, helping them persist and be successful. They can make meaningful connections to the real life subject matter of the course and prepare students for their future lives.

What other hints do you have for successful online discussions? How can we stimulate student participation and engagement and make the discussions meaningful? 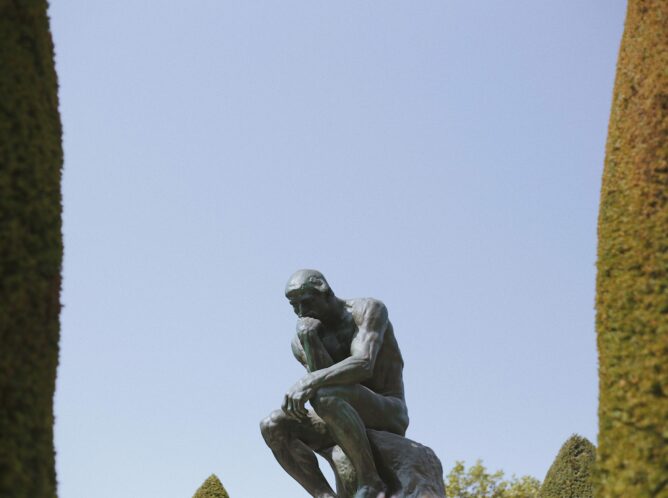 The Merriam Webster dictionary defines pedagogy as “the art, science, or profession of teaching.”  As concise as the dictionary definition is, pedagogy is much broader. In 1905, following earlier work by German philologists, G. Stanley Hall, defines pedagogy as including “both didactics or the methods of teaching or imparting knowledge or instruction generally on the one hand – all those processes by which information is given – and on the other, education or development from within outward” (Hall, 1905, p. 375). Therefore pedagogy addresses both the imparting of knowledge and how students are learning. While traditionally pedagogy has seen students as a vessel that needed to be filled with the knowledge imparted by the teacher, pedagogy has evolved and schools of education throughout the country are interested in developing the study of the subject and in helping future teachers reach all students. Frameworks, such as Universal Design for Learning, based on psychology and neuroscience look to improve the teaching and learning process.

As concise and simple as the Merriam Webster dictionary definition of pedagogy is, it has twenty definitions for the word open. In education, the concept of open comes from the open software and probably, the Merriam Webster definition that fits is “completely free from concealment : exposed to general view or knowledge.” While software today is mostly propitiatory, the Linux operating system best illustrates the concept of open. It is an operating system that the creator made available to the entire computer aficionado community who were free to contribute to it and modify it. According to Linux.com open source has the following characteristics:

The question then becomes what happens when we combine the ideas of open source and pedagogy? Has that been considered? It turns out that Open Pedagogy is a big concept in the field of education. As far back as 1979, Claude Paquette defined the concepts of Open Pedagogy. Paquette identifies four basic principles for open pedagogy: “the respect for individual differences,” “individualized growth, “the indirect influence of the educator,” and “the natural learning process resulting from the internal dynamism of the student.” Robin Derosa, in her blog, describes the modern implementation of the open education concept. Using concepts such as blogs and personal websites, students help decide the learning goals and the process, create knowledge, connect with each other and the public at large and, ultimately, take a leading role in their learning process where the teacher acts as a guide rather than the source  of all knowledge.

Open pedagogy is an interesting concept. While Derosa describes the successful process of introducing open pedagogy to her First Year Seminar class in college, open pedagogy is not an easy process to implement. The instructor has an important role to play in making sure that students are meeting the learning goals that the group develops and to keep the entire course and class on track. The role of the guide is definitely much harder than that of the sage on the stage. While k-12 is making strides towards some of the concepts of open pedagogy, it doesn’t happen a lot because of the prescriptive nature of k-12 education. This boxes both the students and the teachers in and makes it hard to later adjust to the concept of open pedagogy. I teach graduate students in the college of education (teachers) and even an open choice projects creates anxiety; I had to provide a list of options that they can chose from. Regardless of my encouragement to come up with their own projects, most of the students in my class end up using one of the suggestions from the provided list. I think that if we are to be more successful in introducing open pedagogy, it’s a concept that needs to be introduced in the earlier grades and perpetuated throughout. Otherwise, I’m reminded of Sir Ken Robinson’s example of the paperclip challenge and divergent thinking.